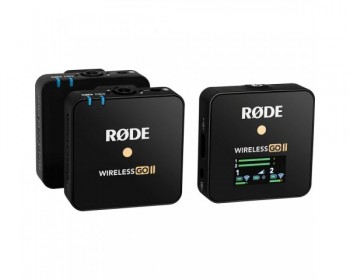 Expanding on the original Wireless GO with updates allowing for two-person shoots, onboard recording, a greatly extended range, and flexible output options, the black Rode Wireless Go II system lets videographers, vloggers, and mobile journalists confidently and quickly incorporate wireless audio into their setup regardless of their experience level or what device they're recording to.

Boasting secure Series IV 2.4 GHz digital transmission, easy operability, and built-in mics (lavalier mics available separately), the system is ready to go at the press of a button; you can focus on getting the shot knowing that the Wireless GO II is delivering quality audio at a range of up to 656 feet. There are no menus and no finicky dials, just simple power-on-and-go functionality and a bright, informative LCD screen showing you what you need to see. When you're ready for more, use Rode's companion app to access a powerful feature set and extended customization of settings.

Whereas the original Wireless GO employed a single channel, version II is a dual-channel system, capable of handling two transmitters at the same time for simple, two-person shoots with low latency (3.5 to 4 ms).

Via the app, each transmitter provides an onboard audio recorder offering up to seven hours of uncompressed recording (24-bit / 48 kHz WAV) or 24 hours of compressed recording, perfect for worry-free backup recording or a fast and easy way to capture sound from your subjects. Export files in various formats such as MP3 or WAV (16-, 24-, or 32-bit float) with date and time stamp information as well as automatic markers anywhere the transmitter-receiver link was broken.

Since the Wireless GO II can handle two transmitters at once, it features the ability to switch between stereo or dual-mono output modes. This enables each transmitter, and therefore each subject, to be recorded to a separate channel. Alternatively, signal from both transmitters can be mixed together and recorded identically to left and right channels. Use the app to activate safety track recording (-20 dB on the right channel).

In addition to the traditional 3.5mm TRS analog output, the Wireless GO II receiver has a USB Type-C digital audio output for operation as a 24-bit / 48 kHz audio interface. This can be connected to a computer with the supplied USB Type-C to USB Type-A cable, to the Lightning port of an iOS mobile device via the Rode SC15 cable, or to the USB Type-C port of a laptop, iPad Pro, or Android mobile device with the Rode SC16 cable (SC15 and SC16 cables available separately).

The new Series IV technology extends the line-of-sight operating range of the Wireless GO II to approximately 656' compared to the 230' maximum range of the original Wireless GO. It also offers increased signal strength in crowded wireless environments. Plus, the system is designed to run both transmitters without affecting the range performance.

Out of the Box, onto the Set

Designed with stunning simplicity and efficiency in mind, the Rode Wireless GO II offers instantaneous functionality out of the box for your next news shoot, video project, or interview. Power up, let the receiver and transmitters automatically pair, then GO!

Mobile journalists, videographers, and vloggers will appreciate the Wireless GO II's pocket- and bag-friendly portability. With the transmitters and receiver each weighing just over an ounce and measuring approximately 1.7 x 1.8 x 0.7 inches, the subjects and camera operator will forget they're even there!

Clip each miniature transmitter to clothing, attach it to a belt, or slide it in a pocket; use it as a lavalier mic (no need for a separate mic), or operate it as a traditional bodypack transmitter with an external lav mic such as the Rode Lavalier GO (available separately).

Thanks to the receiver's minute form factor and integrated clip, it provides the flexibility to be easily mounted on a camera, in a sound bag, or to a mobile device. Its bright, high-contrast display shows battery status for the receiver and transmitter, audio level, signal strength, and more.

The internal capsule's omnidirectional polar pattern ensures reliable audio pickup, even if mic placement is less than ideal; your subject's voice will be captured with clarity, intelligibility, and consistency.

Grab a Mic and Go

Already have a top-of-the-line external lav? The transmitter packs in a 3.5mm TRS input with plug-in power, so you can connect most lavalier microphones equipped with a non-locking 3.5mm TRS mini plug (such as Rode's own Lavalier GO, available separately), and still enjoy the convenience of the Wireless GO II.

The 3.5mm TRS external mic input passes wideband audio along to the internal mic preamp, which provides requires no manipulation of settings or parameters.

Like Rode's popular RODELink wireless systems, the Wireless GO II system utilizes the 2.4 GHz frequency band to get you away from the congested and confusing domain of UHF. Forget about scanning for channels and dialing in squelch to get a strong signal; the Wireless GO II just works!

Courtesy of Rode's optimized transmission algorithm, the Wireless GO II empowers you with a line-of-sight range of up to 656 feet, and bolsters signal dependability to mitigate drop-outs in crowded short-range environments such as retail stores, malls, office buildings, and hotels.

Rode's new Series IV 2.4 GHz digital transmission incorporates 128-bit encryption for security, stability, and hassle-free operation while bypassing the frustration of dealing with licenses and frequency mandates. Go anywhere in the world with the Wireless GO II; it automatically gives you a strong signal no matter the scenario.

Note: For optimal performance from this 2.4 GHz system, users are encouraged to maintain as direct a line of sight as possible between the transmitter and receiver. The Wireless GO II is not backward-compatible with the original Wireless GO system.

The receiver's 3.5mm TRS output sends a mic-level signal, making it compatible with an array of devices such as DSLRs and portable audio recorders.

A 3-stage level control (0, -12, or -24 dB) on the receiver allows simple and effective optimization of signal levels. Use the app to adjust the level in 3 dB increments from 0 to -30 dB.

Operate up to four systems simultaneously for more complex setups including up to eight microphones.

Easily recharge over lunch and dinner breaks—go from empty to a full charge in just two hours.

Includes three furry windshields to minimize noise from wind and rustling clothes. These have been redesigned with a secure screw-lock bayonet attachment method to eliminate slippage. 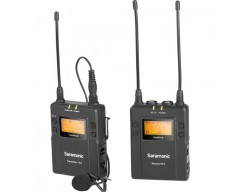 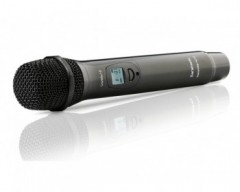 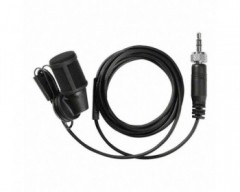 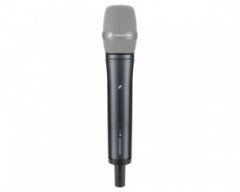 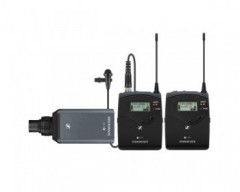 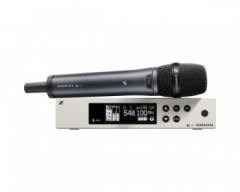 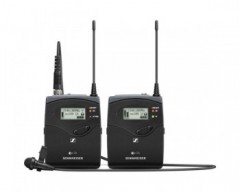 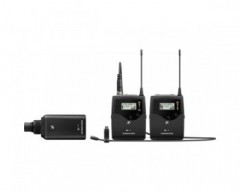 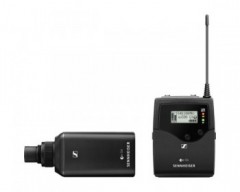 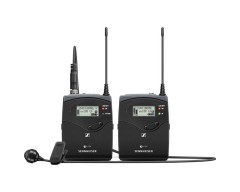 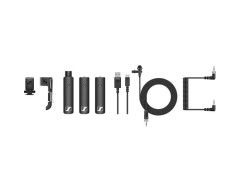 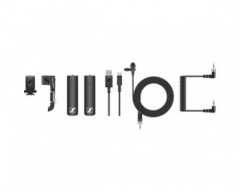 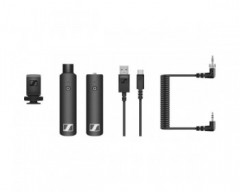 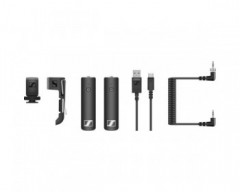 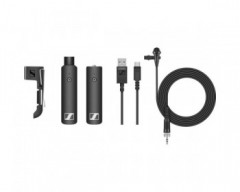 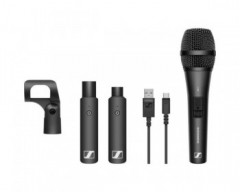 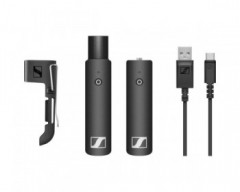 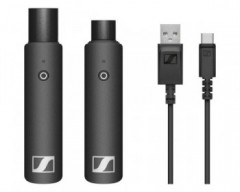 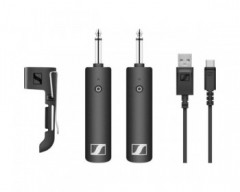 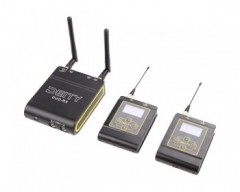 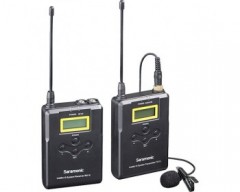 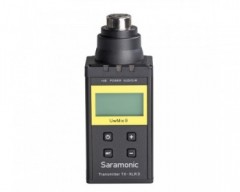 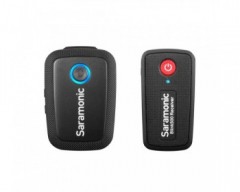 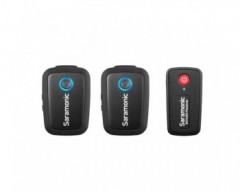 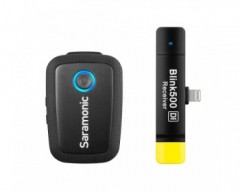