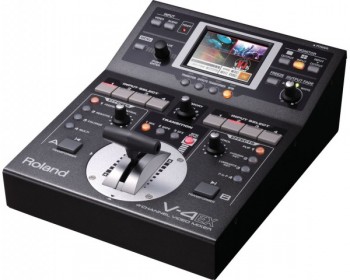 The Roland V-4EX Four Channel Digital Video Mixer with Effects is a live production switcher and web streaming device that improves on the Roland V-4 Video Mixer by adding a built-in multiviewer with touch control screen and HDMI in/out, with 1080p/RGB WUXGA (1920 x 1200) support on one input, and 1080p output. You can switch between four video sources and deliver via HDMI, RGB Component, composite video and stream via the built-in USB port. Four built-in frame synchronizers, one per input, allow you to support and cleanly switch input video from sources that are not gen-locked. This unit is well-suited for clubs, concerts, worship, events, weddings, education and sporting events.

The V-4EX features a built in Keyer for Luma, Chroma and PIP keying effects, including the 259 transition and 148 built-in effects. The switcher features a familiar analog T-bar transition controller with a choice of three transition curves and the T-bar itself can be rotated for user comfort without affecting its operation. The built-in audio mixer accepts audio embedded in the HDMI stream, or from an unbalanced analog source via the two RCA jacks, and embeds the mixed audio in the HDMI output stream. You can also delay the audio by up to 4 frames to adjust the "lip sync" of your video.

The built in multiview screen can show your four inputs on the screen at the same time and you can transition from one camera to the next by merely touching the camera view on the monitor screen. The V-4EX features an an output scaler that can scale your video to 1080p or 1920 x 1200 via the HDMI/RGB output. The program feed is available for streaming or capturing to a computer via the USB Type B port on the unit.

Video Input/Output Inputs 1 to 3 feature composite (BNC) or HDMI while input four accepts HDMI, RGB/Component or S-video. Input 4 can accept 1080p input signals via the HDMI connector. Program output is available via the composite (BNC), HDMI or RGB/Component 15 -pin connector. HDMI output is scaled up to 1080p, and 1920 x 1200 is available through the 15-pin connector. Additionally you can stream the program output for the web through the USB port. High Quality Digital Signal Processing The V-4EX processes input video signals at SD resolution using 8-bit progressive internal processing with a color sampling rate of 4:2:2 (Y/Pb/Pr). The mixer also features audio resolution of 24-bit/48 KHz. Frame Synchronized Inputs Featuring one frame synchronizer per input, the V-4EX allows you to input video from non gen-locked sources and still seamlessly switch between them. Digital Effects The V-4EX features a selection of 148 digital effects including colorize, strobe, mirror, multi-screen, negative, shake, afterimage and silhouette. It also features composition effects such as picture-in-picture, chroma key, and luminance key. A single button press can recall the effects, and you can modify select effects using the panel mounted control dial. Transitions 259 transitions (wipes) are available to you to switch video from input A to input B. Multiviewer The built-in multiviewer can display all active inputs on the same screen on the V-4EX. You can select input sources by simply touching the image you want to select on the built-in screen. Memory Function The built-in memory function allows the memorization and convenient recall of panel settings, such as effect assignment to each button. The memory stores up to seven configurations and keeps stored settings even with the power off. Preview Function and On-Screen Menu The preview function allows monitoring of each of the four input sources or the output source, or the output can be overlaid on top of the four input sources on the built-in multiview monitor. Major functions can be viewed on preview screen using the convenient on-screen menu. Synchronization with MIDI Equipment The V-4EX supports remote control by MIDI or USB, and can be operated remotely from an external device that supports MIDI Visual Control. Auto Switching to Musical Rhythm Use this feature when you want to perform switching on the rhythm of background music. By default, switching is performed at 120 BPM (beats per minute). HDCP The V-4EX is HDCP compliant, although you have to enable HDCP using the menu system. 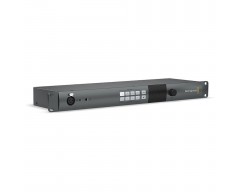 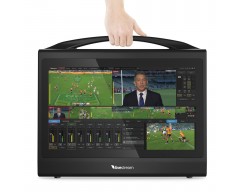 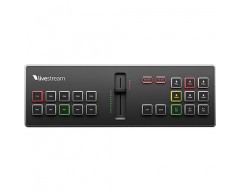 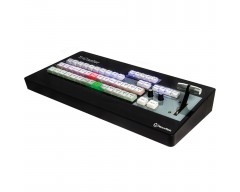 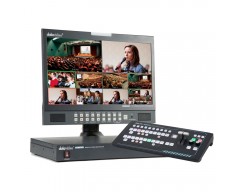 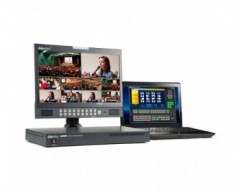 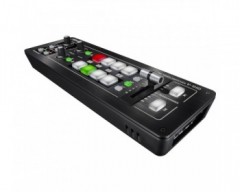 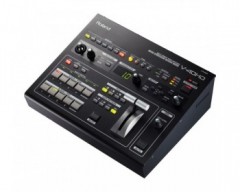 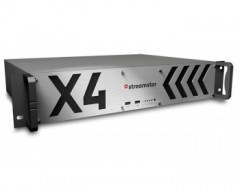 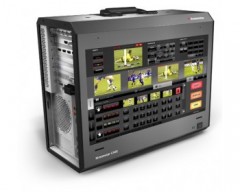 Streamstar CASE 710 All in One Portable Live Production Studio JVC Streamstar CASE 500 All in One Portable Live Production Studio

Streamstar CASE 510 All in One Portable Live Production Studio 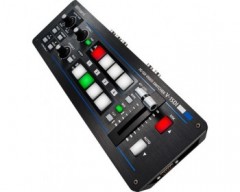 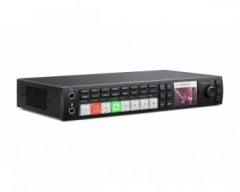 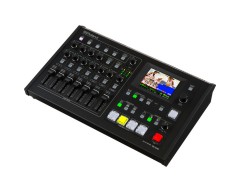 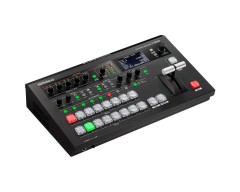 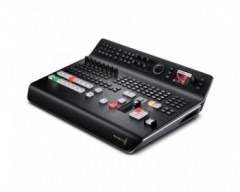 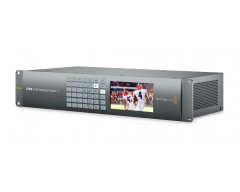 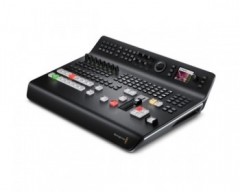 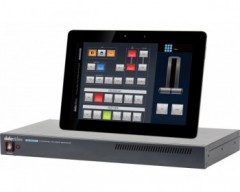 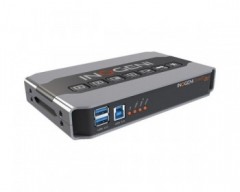 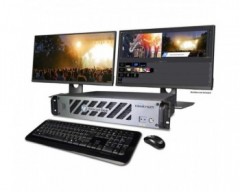