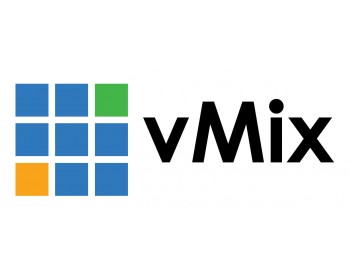 The multi-function HD Live Production, Streaming and Mixing Software from vMix is able to switch between multiple HD sources - the maximum number depending on the limitations of the computer, its GPU, and the video capture hardware installed. It can stream a live program feed out to the Web over RTMP, RTSP, or Flash and can also record locally at up to HD resolution in AVI, MP4, MPEG-2 or WMV. If a video output is available, it can send out a full quality program feed for local presentation or recording separately.
Capable of more than just basic switching, effects and chroma keying are also built-in. You can add titles, incorporate virtual sets, or apply templates to give productions network-worthy results. An instant replay feature allows you to save notable moments for replay later on. Slow motion of up to 400% can even be applied.

There is a built-in audio mixer so you won't have to rely on a separate hardware mixer. Audio can be sourced via embedded audio, the capture device's audio inputs, through a separate audio interface, or even be played from a pre-recorded audio file.
vMix Live Production software runs on Windows and works with a variety of video capture and I/O devices, including models from Blackmagic Design, Matrox, AJA, and more.

Supports Live and Virtual Input Sources
Virtually Unlimited Number of Input Sources Supported
The software supports up to a 1000 sources, including virtual as well as hardware sources. In practice, the total number will depend on the limitations of you computer, GPU, and capture hardware. A fairly average workstation configuration with dedicated GPU can support about 8 HD sources
Camera
Use a video I/O card such as a Blackmagic or AJA product to capture live from a camera or external video feed. Up to HD resolution is supported, depending on the limitations of the card and computer hardware

FireWire (HDV/DV) capture is also supported, however there will be a significant delay
Remote Screen Capture
Use the desktop from a Mac or Windows computer connected to the same network as computer running vMix as a virtual input. Ideal for PowerPoint and Skype

Note: Audio Capture support for Skype and other videoconferencing software is available under Windows 7

Play from Files
Previously recorded footage can be treated as an input source. Supported file types include AVI, MP4, H.264, MPEG-2, WMV and QuickTime
DVDs
DRM-free DVD content can be incorporated into the program feed, complete with menu navigation
Audio Files
Use sound cues, music tracks, and other aural elements to spice up your production. vMix plays back MP3 and WAV files
External Audio
Use the audio accompanying your video, a separate audio interface, or your computer's sound card to capture live sound
Video and Audio PlayLists
Combine multiple video and audio files into a bundle that will playout on a single input channel
Other Supported Media
In addition to audio and video, vMix supports PowerPoint, photos and other still image graphics, solid colors, and more
Live Web Streaming
Streaming Protocols
For compatibility with most CDNs (content delivery networks), vMix supports RTSP, RTMP, and Flash. Stream to your favorite streaming providers, including UStream and YouTube Live
Virtual Capture
Enables streaming to third-party software such as Skype, Google Hangouts, and VLC
Record While You Stream
Record your programs in full HD to AVI, MP4, MPEG-2, or WMV
Output Locally
Output the program feed via a compatible video I/O card for monitoring, presentation to a local audience, or to use a separate video recorder
Video Delay / Instant Replay
Create a Video Delay input and assign it to any available camera or output
Save multiple video clips of notable events for playback at a later time
Configurable slow motion playback from 5 to 400%

Thanks to 3D acceleration provided by compatible graphics hardware, vMix is able to handle processing and switching of high resolution video without overwhelming your computer's CPU

HD Virtual Sets
Choose from four built-in virtual sets or build your own. You can zoom in or out as needed or define custom camera presets

Real-Time Chroma Key
Not only for virtual sets, you can use the keyer to introduce background elements of your own creation - a weather map, for example

Built-In Title Templates
Easily add and edit a Title or ScoreBoard from the many built in templates or build your own using any graphics or vector editing software. Adjust Text, Font Size and Color - alterations update in real-time

Multi View
Combine two or more inputs in one image using a selection of "Multi View" presets. For example, create a side-by-side between the studio anchor and a reporter in the field. You can customize the position of each element with provided Zoom, Pan, Rotate, and Crop controls

4 Overlay Channels
Four overlay channels allow you add graphic elements such as logo bugs or station indents. Each overlay channel can have its own transition effect, position, and border

Other Features
Built-In Audio Mixer
The Audio Mixer allows you to keep track of all audio sources and includes the ability to Mute, Follow (with auto mixing) and Delay any source. A VU Meter with peaking display helps ensure each inputs level stays within acceptable broadcast limits 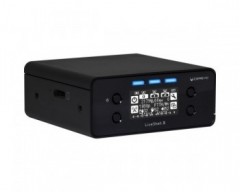 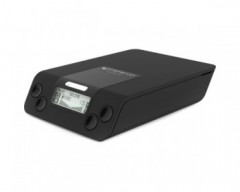 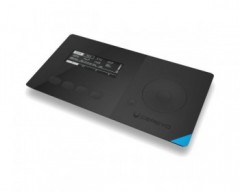 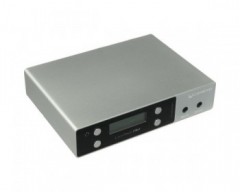 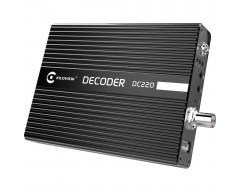 Decode and split a video stream to your display wall with the Kiloview DC220... 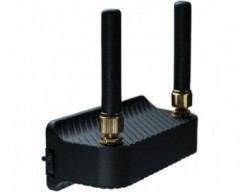 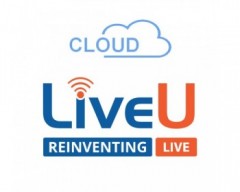 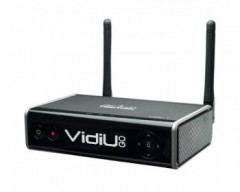 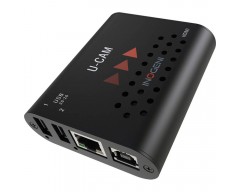 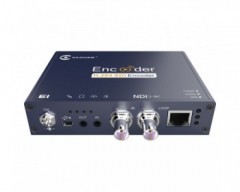 Kiloview E1 NDI video encoder is the fastest, easiest, and best way to get... 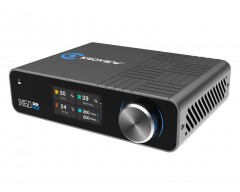 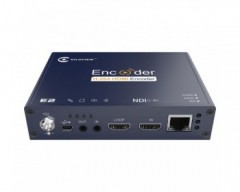 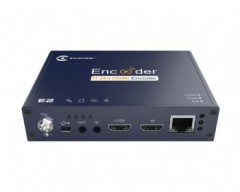 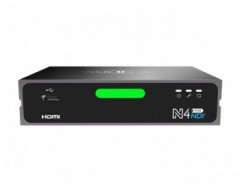 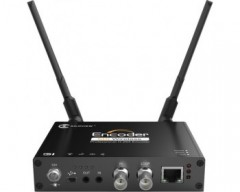 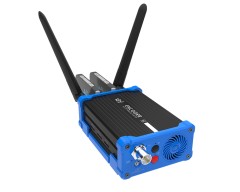 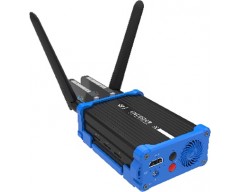 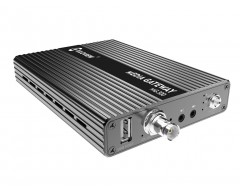 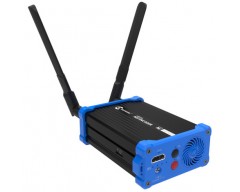 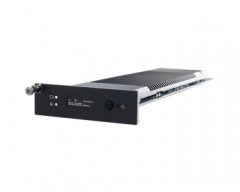 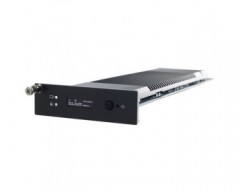 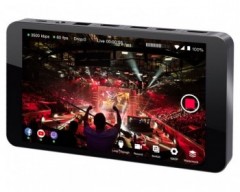 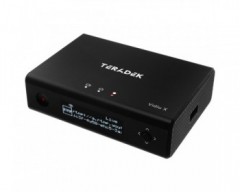 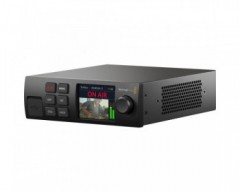 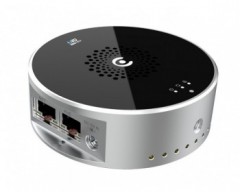 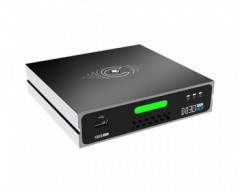 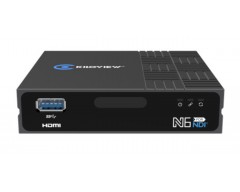