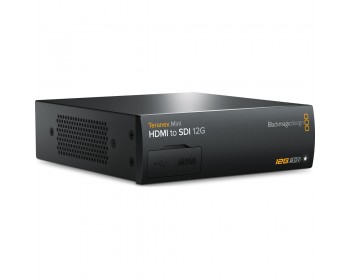 Supporting up to 12G-SDI data rates with intelligent heat dissipation, and offering features such as XLR connections and an Ethernet control and PoE port, the Teranex Mini HDMI to SDI 12G Converter, from Blackmagic Design, is a highly improved solution for rack-mount as well as cable duct and desktop installations. Connect an HDMI signal in up to Full 4K DCI 4096x2160p resolution and route it out over up to two independent 12G-SDI outputs in the same resolution. Route 4096x2160p signals approximately 70 ft using 6G-SDI cables, and run lower-resolution signals, such as 3G-SDI or HD-SDI, for much longer than standard lengths. When 12G-SDI cables will be available on the market, you'll be able to run 4K DCI 4096x2160p signals for over 250 ft. You can also connect separate audio via full-size XLR inputs that are switchable between balanced analog and AES/EBU digital audio.

The compact size of the Teranex Mini makes it very useful for portable racks at live events or in broadcast trucks. Up to three units can easily be installed in an optional 1U 19" rack tray, and they can just as easily be removed, and all this with the advantage of 12G-SDI capability. The Ethernet port on the rear will allow you to manage the Teranex Mini remotely or can alternatively be used for power over Ethernet. If you don't want to use power over Ethernet, you won't have to deal with cumbersome power supplies, as the Teranex Mini features a built-in 90-240V power supply, and all you'll need is a standard IEC power cable, sold separately.

A major benefit of the Teranex Mini is that the standard front panel can be replaced with an optional Smart Panel that features a spin knob, color LCD, and six control buttons, including a menu button. The substantially large LCD will show you the video conversion in progress and will also let you monitor audio levels as well as verify timecode and the video standard being converted. The standard front panel simply comes off and the Smart Panel easily attaches in its place. When you're using the standard front panel, you'll have access to an array of mini switches that will let you change settings instantly in correspondence with a diagram printed on the converter. If you swap in the optional Smart Panel, you'll instead be able to use simple on-screen menus as well as see exactly what you're converting. If you're in a larger facility using numerous converters, you can manage all of them over Ethernet from a Mac or Windows computer using the included Converter Utility software.

What enables the Teranex Mini to dissipate heat so effectively and prevent overheating is a smart thermal design with crossflow cooling that achieves the optimal heat dissipation even when you have units rack-mounted side-by-side one another. An intelligent thermal subsystem and internal heat pipe assist with cooling and keep the air flowing at all times while minimizing noise. Moreover, if the Teranex Mini gets too hot, you'll instantly receive a notification through the remote control Ethernet utility and on the front panel. When multiple units are rack-mounted side by side, each Teranex Mini works together to pull air through the rack keeping all units cool and providing redundancy for each one.

The Teranex Mini HDMI to SDI 12G Converter is built using high-quality Teranex video processing technology and is ideal for all broadcast, post production, and other professional video applications. 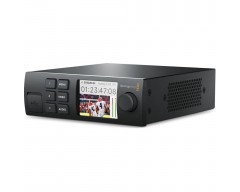 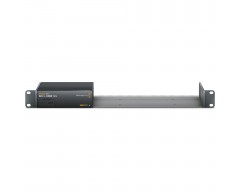 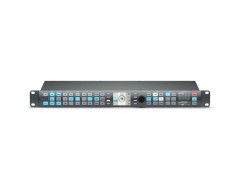 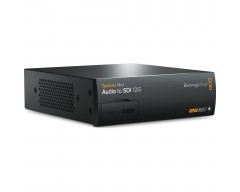 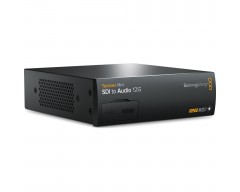 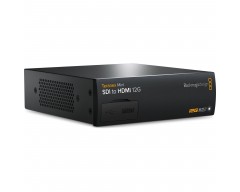 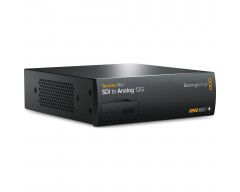 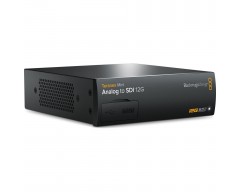 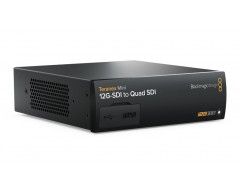 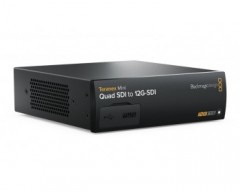 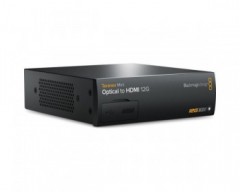 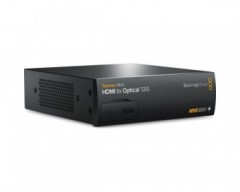 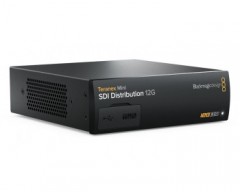 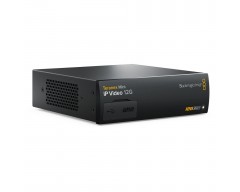 Build your IP based facility quickly and easily with the Blackmagic Teranex... 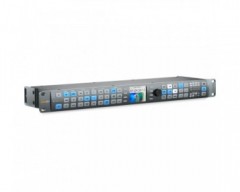 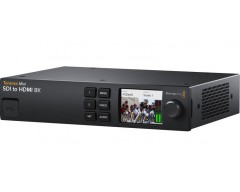 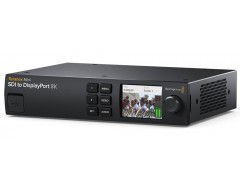 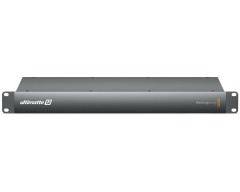 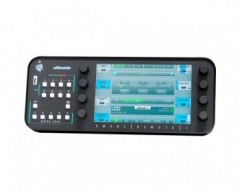